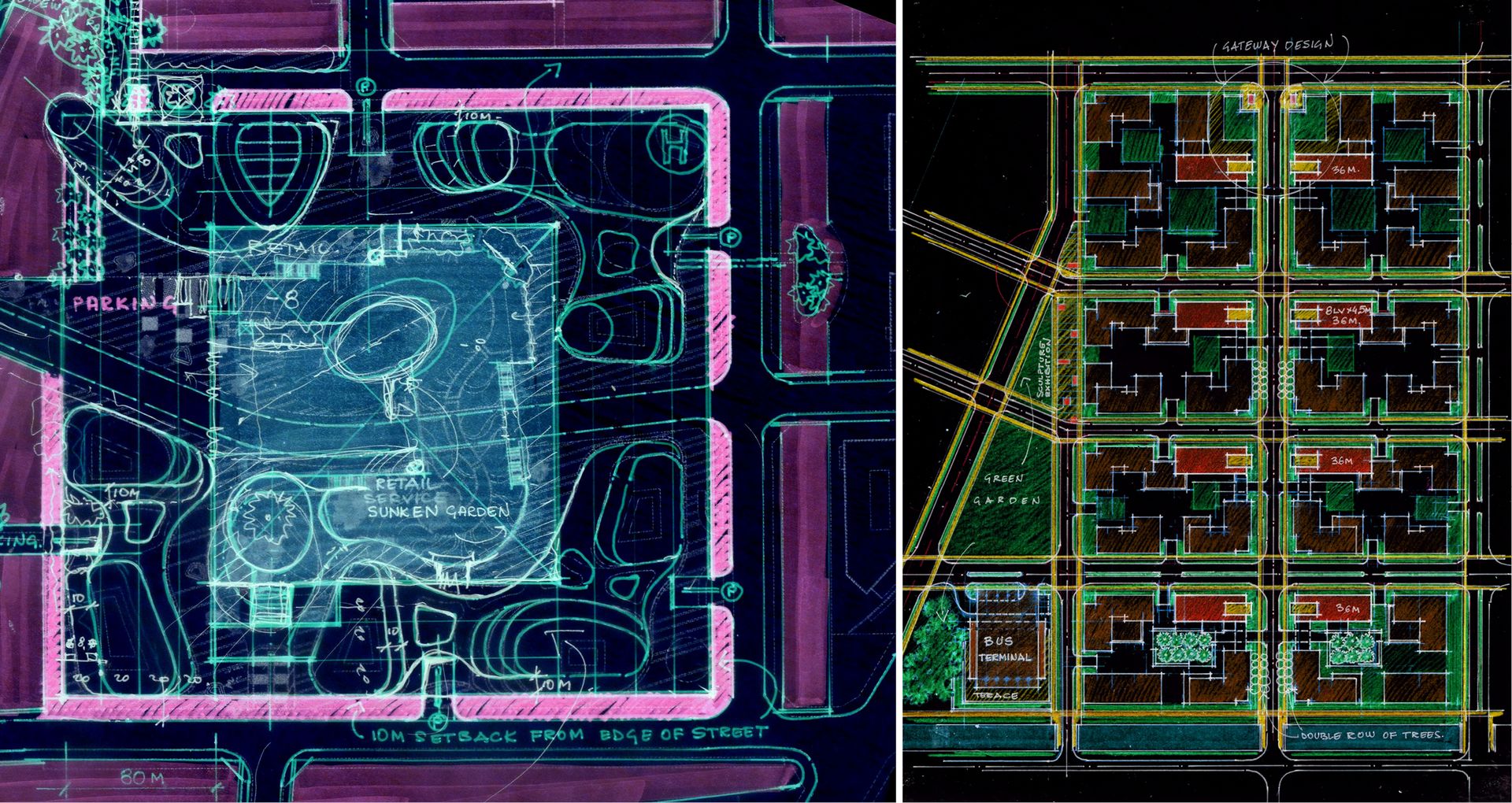 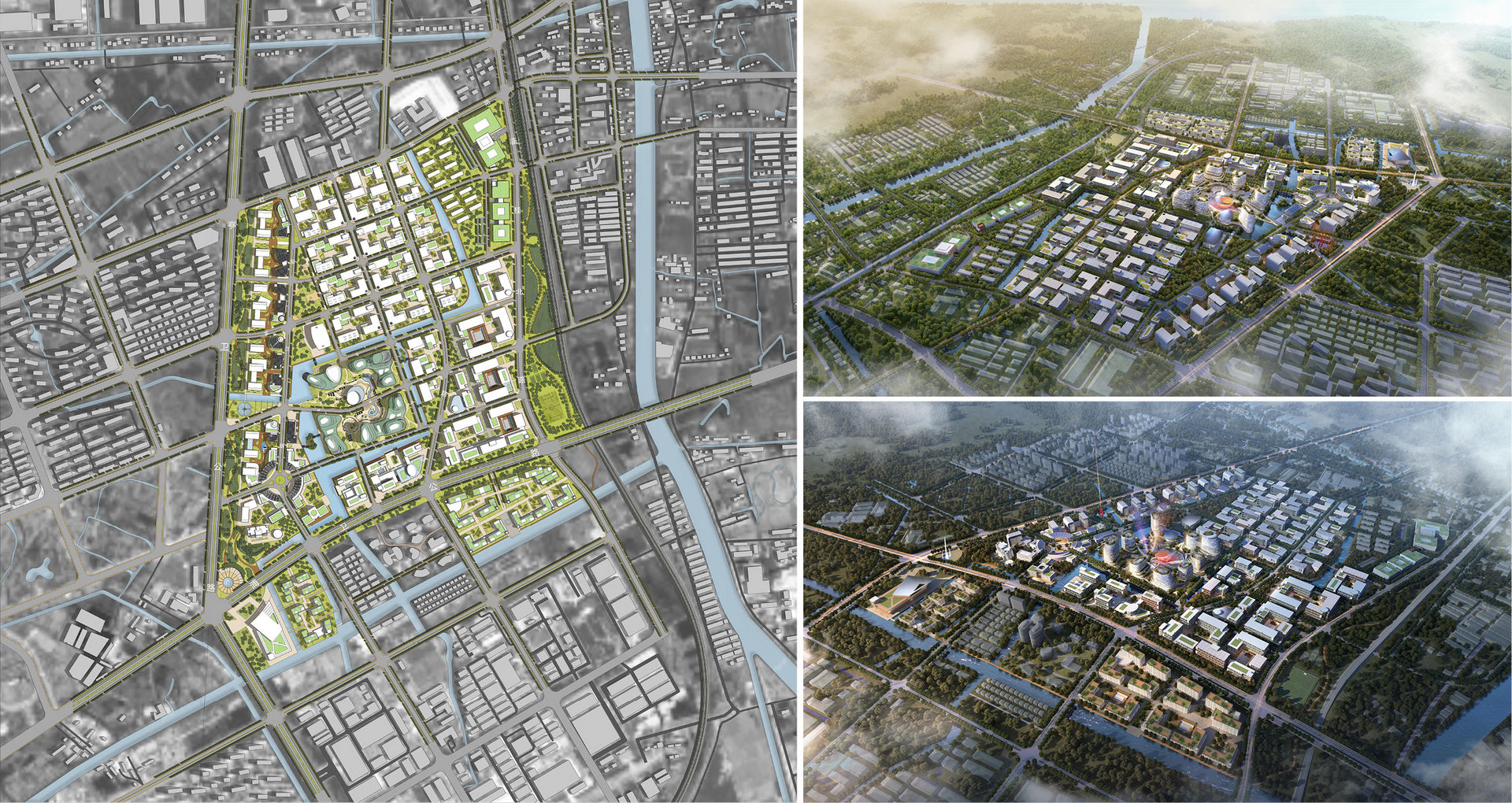 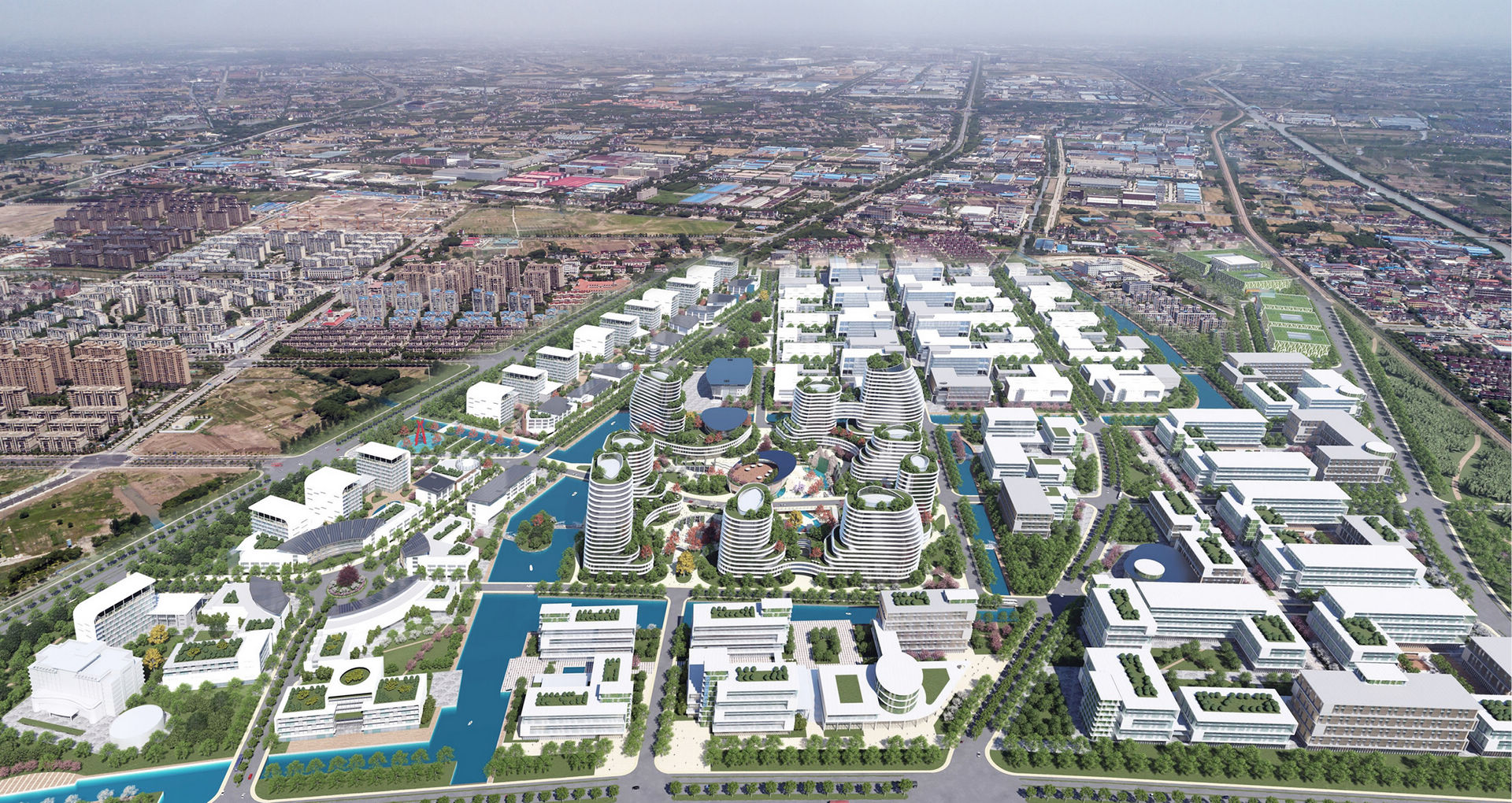 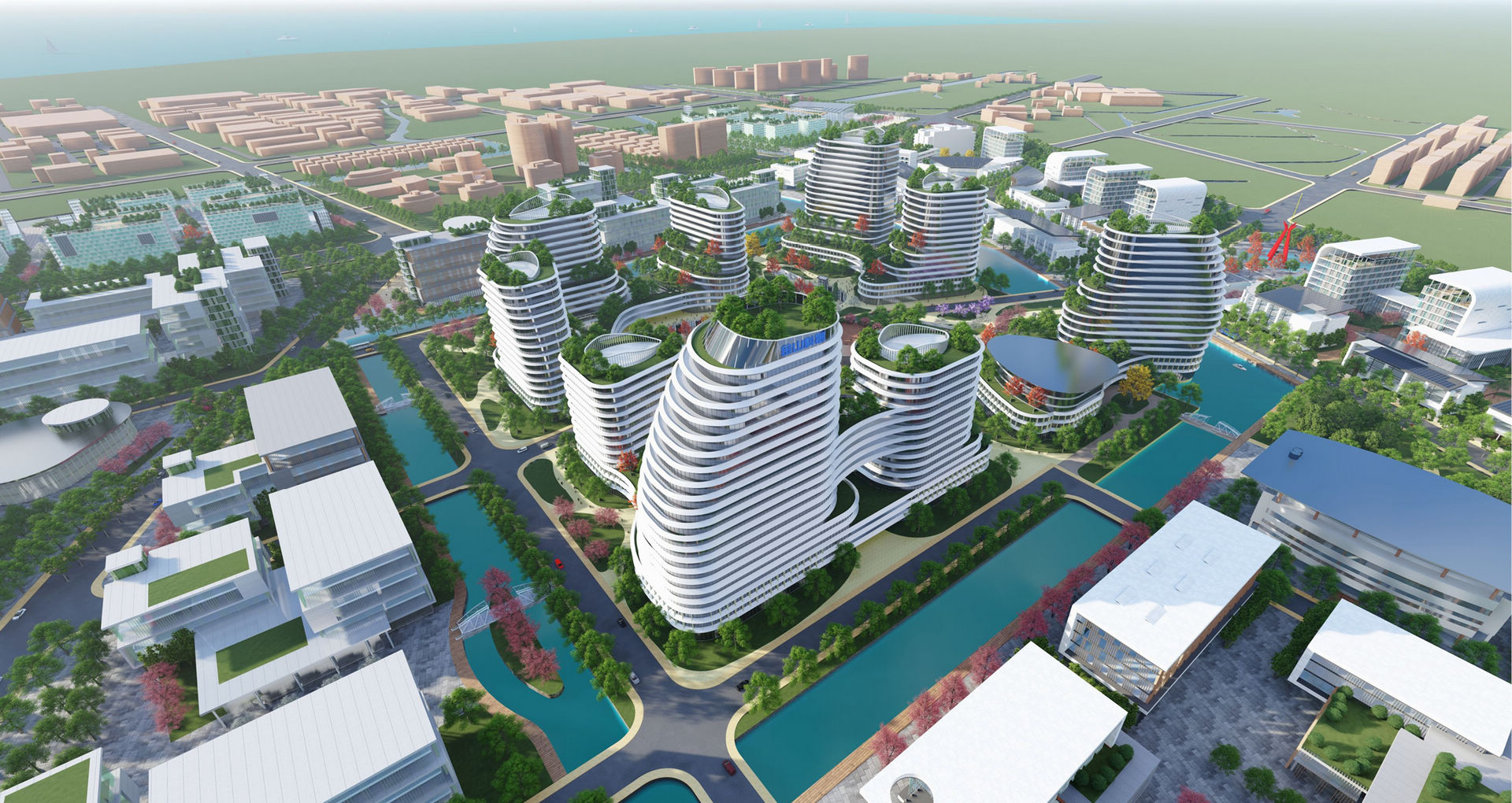 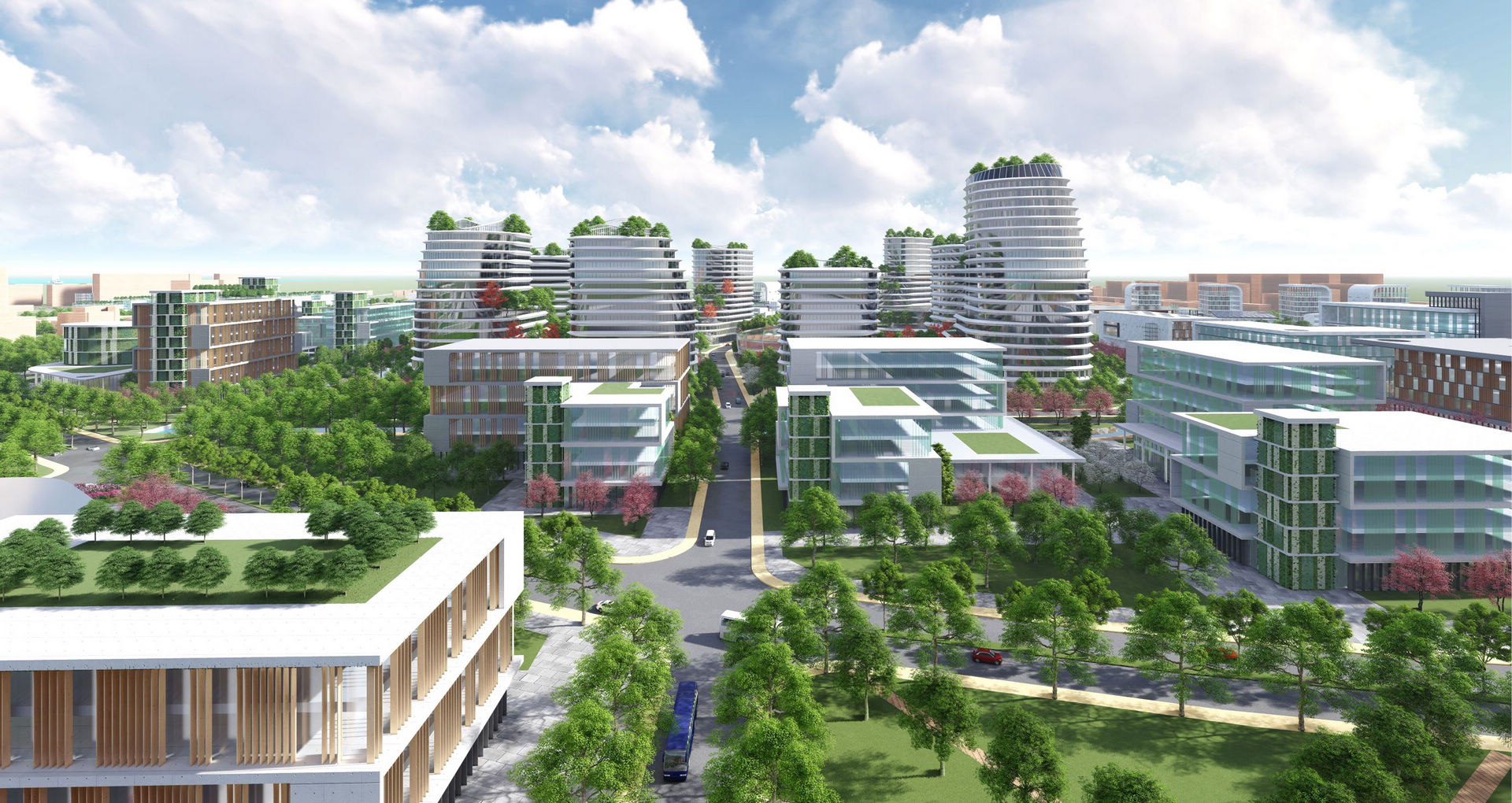 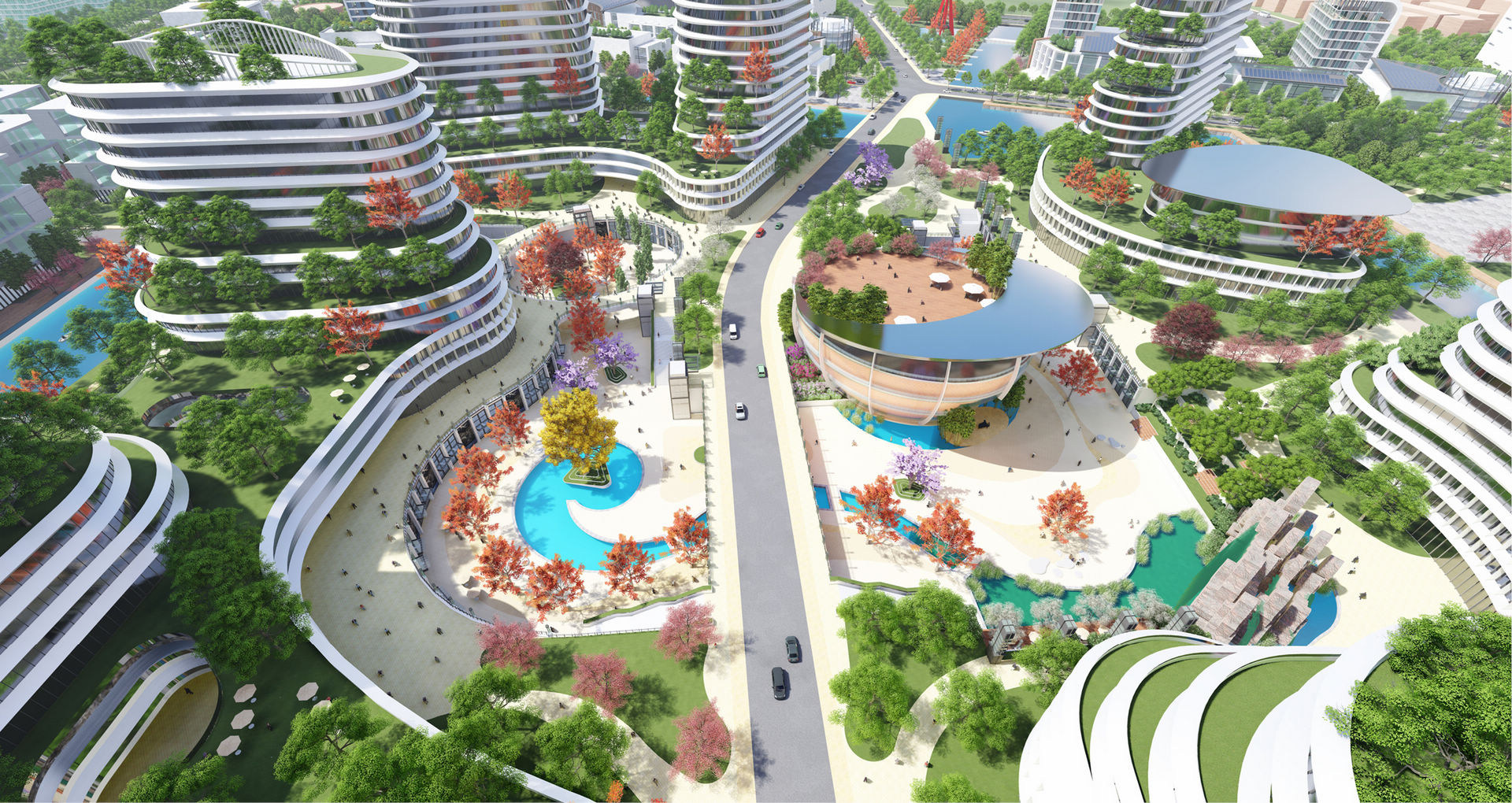 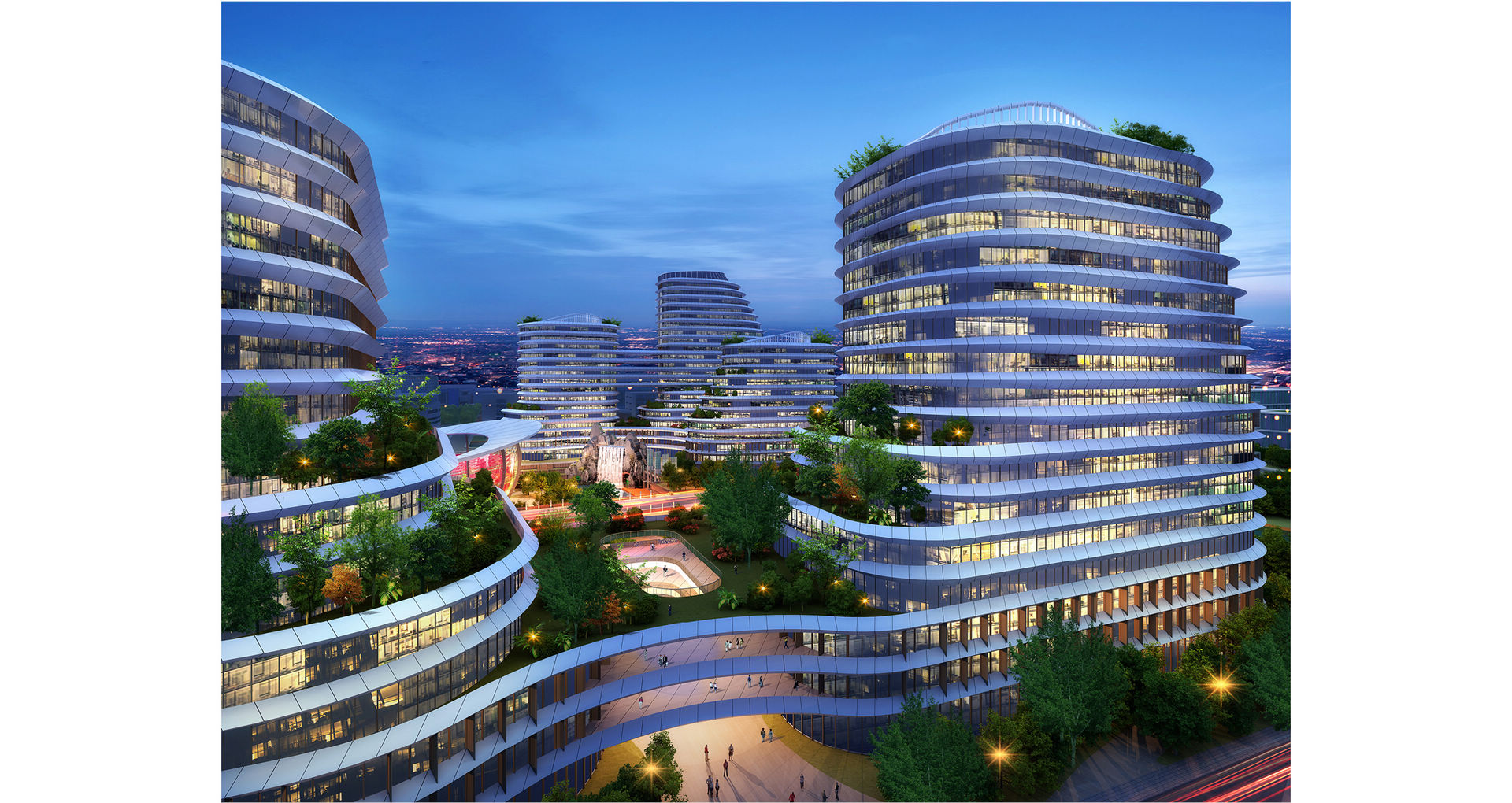 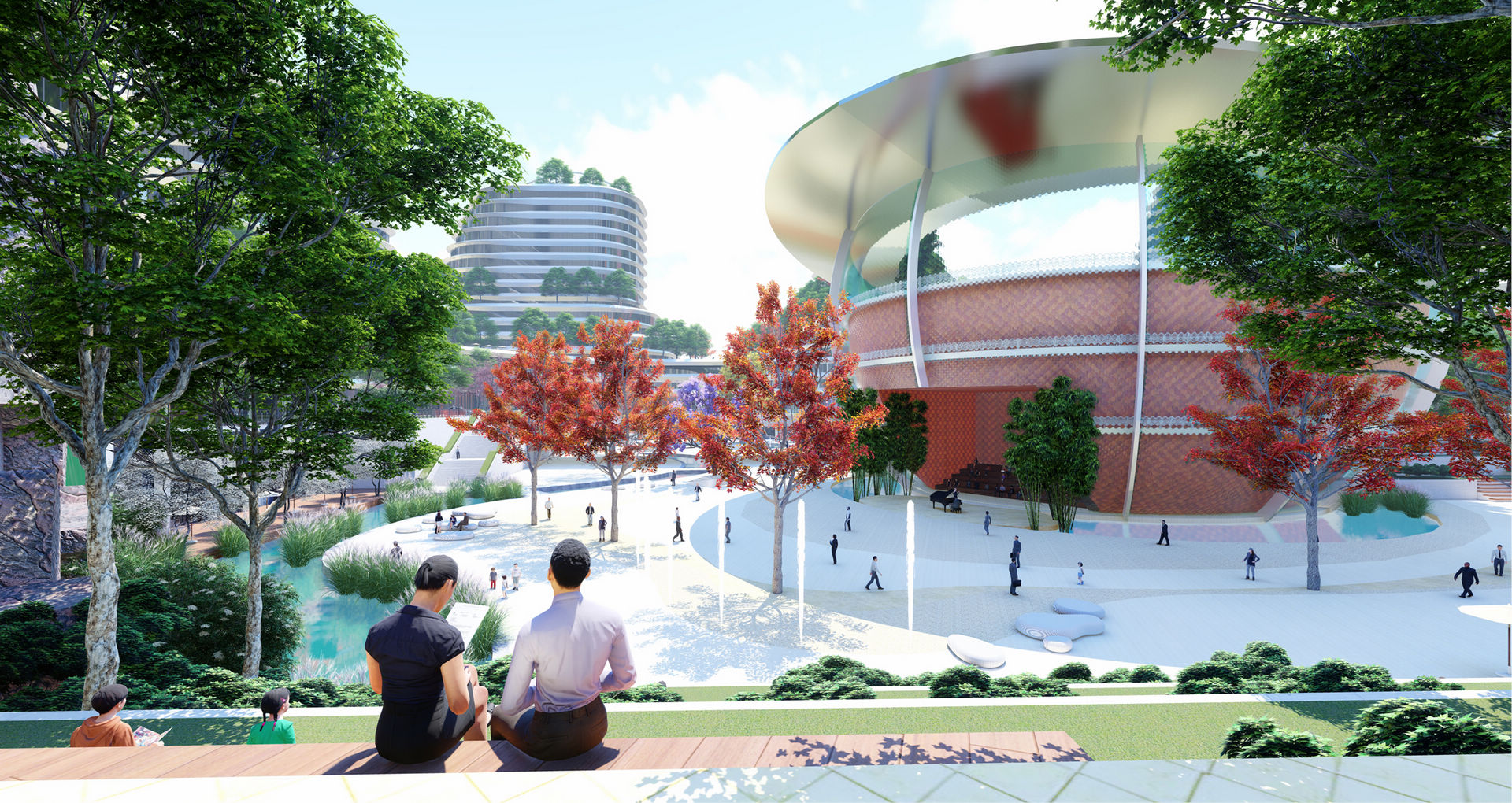 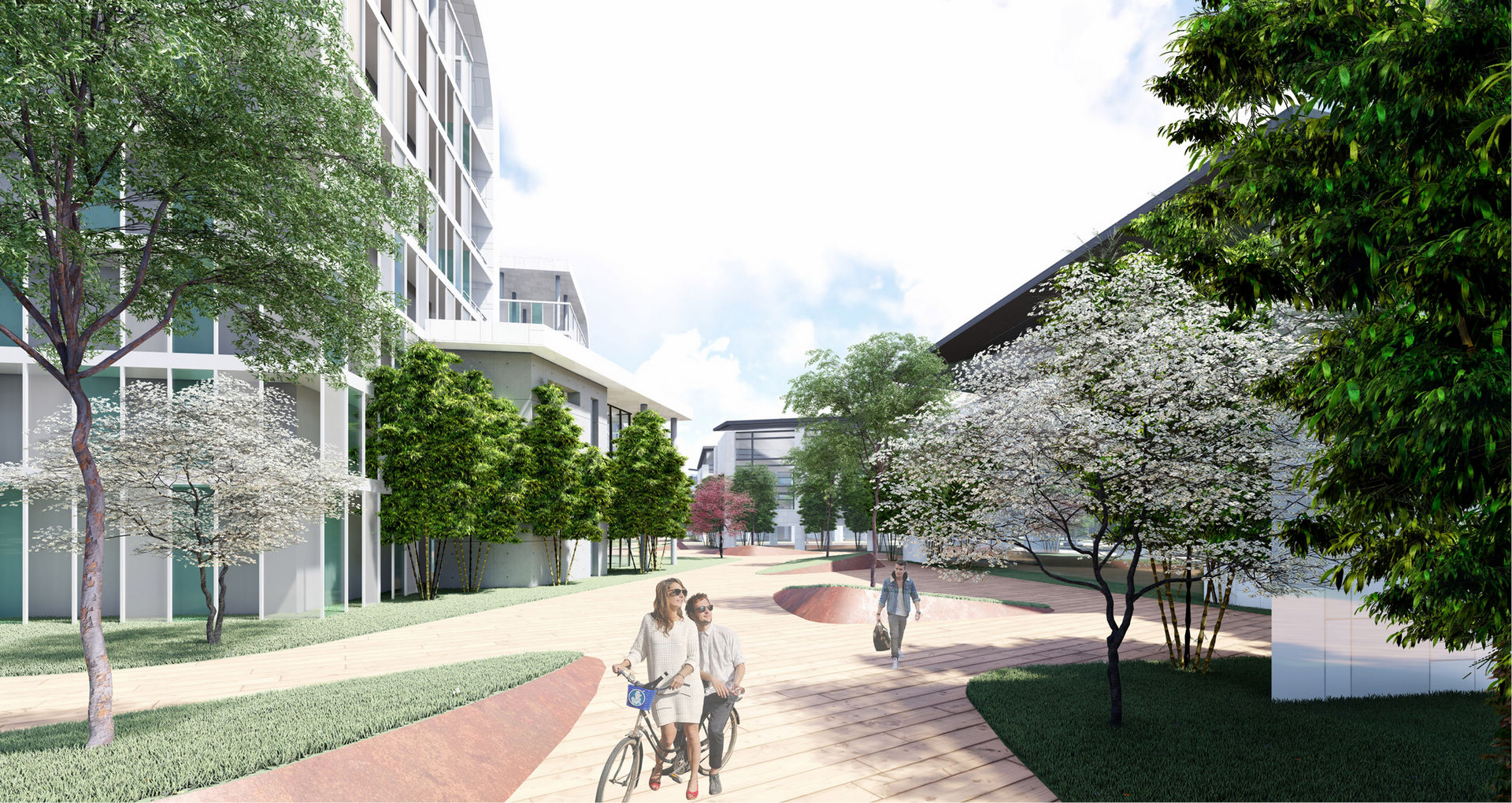 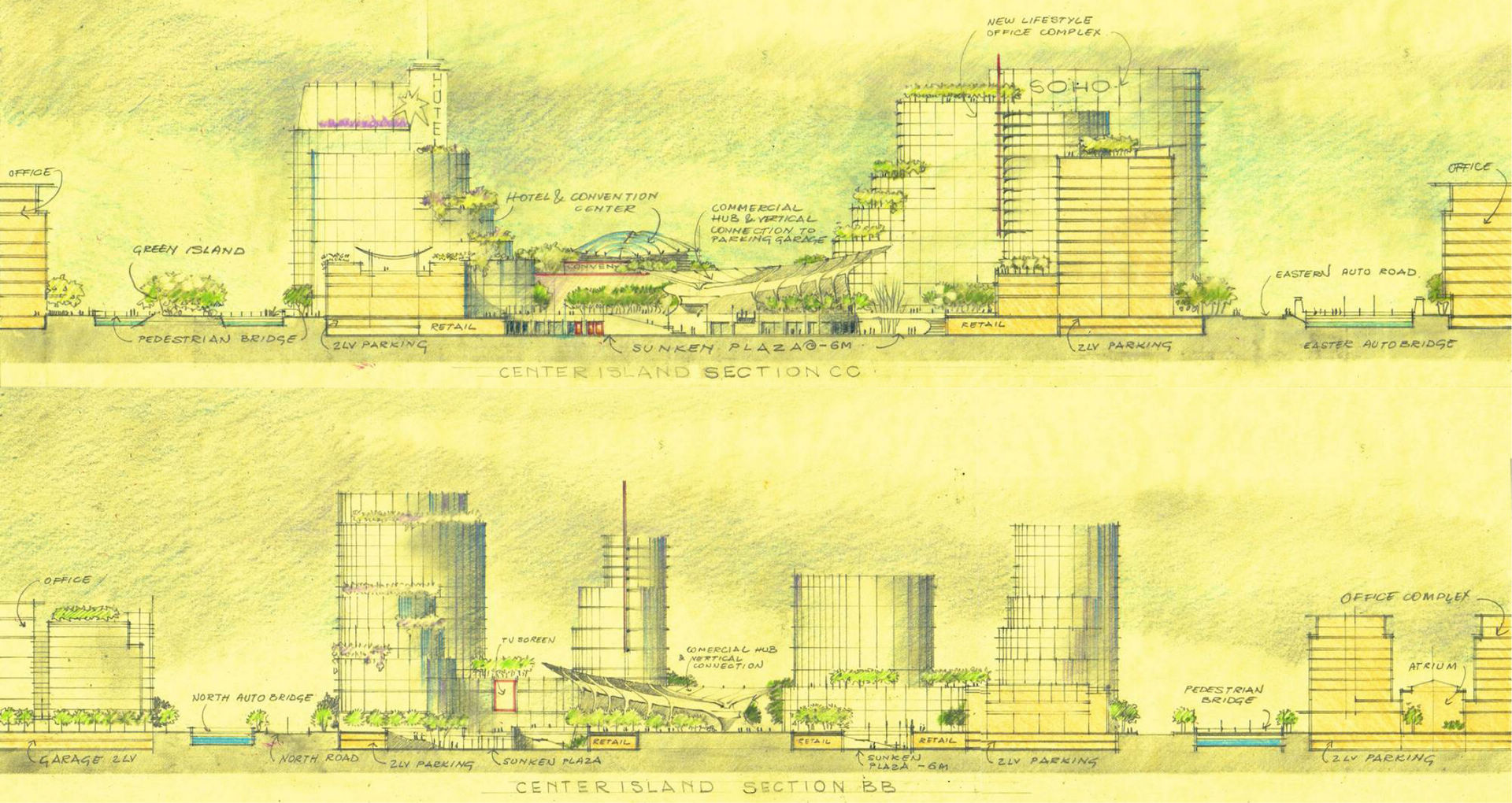 The core idea of planning and design comes from the utilization of natural water system in the site and the creation of spatial form. The current situation in the base is that the water level of the river is high and the water quality is good, and the river course tends to form a U-shaped layout in the site. In the design, the water body is properly widened and reformed according to the principle of river course direction, and a "island" is formed in the center of the site by connecting two separate rivers, which is located at the geographic core of the base and has a good connection with the surrounding land. At the same time, the surrounding rivers also define a certain particularity as the industrial layout and spatial planning. The core of the project reflects the theme and symbolism of the whole project.

The spatial structure of the overall planning is "one center, two axes and three rings". "One Center" is the core island of the center of the site, which is the heart and hub of the whole project function and form; "Two Axis" means the spatial axis of the overall planning, which intersects the east, West and South axes at the core island, and connects the main urban area on the West side, the industrial area on the north side and the coastal dynamic area on the south side in terms of space and function, and also lays out the main entries and exits along the axis of the center in all directions. The "three rings" refer to the core industrial rings, derivative functional rings and green ecological rings radiated from the center of the site. The function and spatial layout of the whole project are rationally organized along the structure.

According to the orientation of industrial planning of the project, we innovatively put forward the concept of "business ecosphere" in the planning to ensure a high degree of unity between industrial content and spatial planning. In the traditional industrial economy era, architects only need to build an office building so that people can work in it. But in the era of knowledge-based economy, it is more important for architects to think about how to better integrate architecture and business development, to create a business ecosystem that is in line with the characteristics of the times, and to create a multi-dimensional communication space for different enterprises in the project, just like the organic connection between different species in the natural ecosystem.